You are here: Home / Money / Cryptocurrency and Privacy – Is there anything called Anonymous Payments? 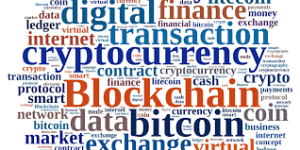 With the digitization of the world and everything around us, it was just a matter of time that our monetary affairs came in the fold of it. The transformation of trading payments from barter trade, to gold and silver coins, to paper money to credit cards has been an interesting journey. But to think, this was end has been negated big time with the introduction of new payment method called Cryptocurrency.

What in the world is cryptocurrency?

According to Carton Graydon, Cryptocurrency is a medium of currency exchange just like USD or Euros but in form of digital information that is exchanged through the process that was made only possible through applying principles of cryptography. Now cryptography is a process through which secure transaction is made possible with the control over the creation of new coins.(Graydon, 2014) As Graydon puts it in simple terms, Cryptocurrency is ‘Electricity converted into lines of code with monetary value.’

As with every interaction happening online, Cryptocurrency also comes under the debate about its privacy and security of its transaction. Under discussion also, are the ways to make it secure from hackers and digital pickpockets. During its inception period, Cryptocurrency used today’s major concern of privacy as a bait for grabbing customers for its market. Telling people about the government and establishment keeping tab upon everything they earn. Main slogan of these companies harps about the users of Cryptocurrency being in control of their funds solely.(Connell, 2016) This slogan worked very well, actually.

As this debate of anonymity in cryptocurrencies heated up, the developers of this digital currency perceived the need for more vigilant privacy strategies and this triggered the development of different ways to hide transaction information. (Groenewald, 2016) Companies like Dash, Monero and ShadowCash are known for developing anonymity features, according to Groenewald. This move has worked its magic and notable increase in the value and trade volume has been witnessed after these privacy-centric policies are adopted by these Cryptocurrency developers. (Groenewald, 2016)

Bitcoin was one of the first cryptocurrencies, and they came up with the revolutionary technology called Block Chain. It is a storage space where transactions are stored in form of blocks which are interconnected in the form of a chain; hence the name, Block Chain. It is a brilliant technology developed to address the ever growing issue of privacy and safety of data stored digitally. This technology is also referred to as ‘Append-only data store’; meaning you can only add data to the bank but cannot take it away. (Tennison, 2015)

Cryptocurrency is the new sensation in the marketing world and has quite a fan following. Having said that, it is highly recommended to get fully acquainted with the whole idea of dealing with digital currency. As it happens with every new technology and innovation, fraudulent entities do emerge manipulating loopholes in the system. Still, exploring new possibilities for earning from new resources has bright future prospects.